The power of the little one, the manifestation of goodness;...

For the acceptance of oneself and of others by taking...

Spiritual tonic; improves the qualities of depth and integrity. 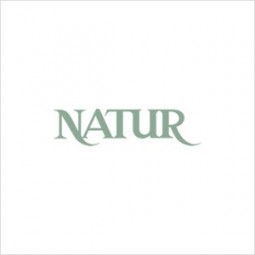 To tune into the feminine aspect of oneself; to develop...

For changes in perception that lead to clarity.

Catalyst: Causes new attitudes to be assumed that reflect true...

Recognition and experimentation of the infinite; be fully...

To get in touch with the sweetness that serves to break and...

To live in community; respect for oneself and for others.

Pacific Essences was founded in 1983 by Dr. Sabrina Petitt, internationally known as an expert in TCM and flower therapy, who teaches how essences can be used to heal the discomforts of the physical, emotional and mental body and, at the same time, nourish the spirit. Underlying the Pacific Essences is the belief that it is an essence and the manifestation of the Spirit in every physical form, which reveals itself in the one vibration or frequency in all living forms. An essence is therefore the energetic imprint of the vital force of each being.

Integrating the wisdom of traditional Chinese medicine, the search for flower essences according to Edward Bach's protocol began in 1983, and in 1985 the first marine essence was developed.

Pacific Essences are subtle energy drawn from the plant, mineral and marine kingdom.

The essences in fact derive from the flowers originating from the coasts of British Columbia in Canada and also include some poisonous plants, the danger of which is canceled by the very high dilution with which they are prepared.

They come from gems and crystals, prepared using the energy of the sun and the moon. These remedies act especially on the chakras and corresponding glands of the human body. Their ability to resonate with the human energy system is due to their color, chemistry and their crystalline structure. It is precisely through their crystalline structure that they are able to emit repetitive and considerable vibrations, capable of harmonizing and rebalancing the body.

And finally, there are the essences produced with marine organisms.

Marine essences are the gift of the Pacific Ocean and can be considered a unique contribution in the field of vibrational medicine. They are created in the place where plants or marine life forms are found and, in the process, no life forms are destroyed or damaged.

Flower remedies have a milder effect and can be used singly or in combination, while marine remedies are capable of inducing profound inner transformations and should be taken regularly. The remedies based on gems and crystals, on the other hand, being powerful tools used in complementary medicine, act in a targeted way on the etheric body to restore harmony and balance.